Dr. Joseph George is one of the distinguished professors in the Department of Christian Ministry teaching counseling in the United Theological College, Bangalore. He was born in Puthukkulam, near Chengara in Kerala. He is living in the UTC main campus with his wife Joyce Joseph and two children. The elder one is Sajeena Mary Joseph, who finished her MCA and is now teaching in an International school in Bangalore. The younger one is Sajo George Joseph doing his MA Economics at St. Joseph’s College, Bangalore.

The time-line of Dr. Joseph George’s experiences in the last one year (2012-13):
Last one year he took classes in the Bangalore Baptist Hospital for the course DCPC (Diploma `for Clinical Pastoral Counseling). Besides, he was a visiting professor in the Clark Theological College, Nagaland. He served as one of the resource persons in the TAFTEE Bangalore. In the ecclesial circle also, he proved his excellence. He was the Passion Week speaker in the St. Mark’s Cathedral Bangalore which was scheduled on 2nd, 3rd and 4th April 2012.

For a ten days programme, in the month of November 2012 he was invited by the Karnataka Central Diocese as a trainer in Basic Skills in Counseling which was organized by the Women’s Department of the KCD. From December 9-19, 2012 he was invited by the Dharma Jyothi Seminary Vidya Peeth (Marthoma Seminary), Faridabad, Delhi to teach courses “Introduction to Pastoral Care and Counseling” and “Marriage and Family Counseling.” On the 26th of January 2013, he was the guest speaker for the family retreat which was held at the Tambaram Marthoma Church, Chennai. Adding to this, he was the retreat speaker at the Kerala United Theological Seminary Trivandrum on February 13, 2013.

His skills in counseling were recognized by various churches in Bangalore and he led the main sessions on a family seminar organized by the All Saints Church, Bangalore on February 17th Sunday. On the 20th and 27th of February, he was the speaker for the Lenten meditations at the St. Mark’s Cathedral Bangalore on which he preached on the topics “Discipline of mind” (20th Feb) and “Discipline of Speech” (27th Feb). On the 27th of February 2013, Dr. Joseph George presented a paper on “Changing Patterns of Relationships in the Cyberage: Challenges and Directions for Ministry in India” in UTC whose discussion was initiated by Rev. Fr. Jerry Kurian (Lecturer in the Dept. of Communication, UTC).

He also wrote his studies in “A Study Book on Counseling” edited by Rev .Dr. George Varghese which was published by the CSS Thiruvalla. His study occupies the major part of the book where he discusses on the topic “Marriage and Family Counseling.” His major publications in the past year include the articles “Preparing for Marriage” and “Developing Emotional Maturity” which was published in “Christian Family in Transition: Continuity and Discontinuity” edited by Rev. Dr. Koshy P. Varghese, published by Dharma Jyoti Vidya Peeth: Haryana on October 2012. 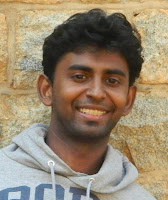