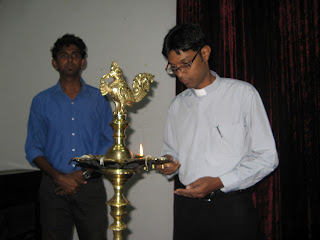 The Inter-Seminary programmes for the year 2012-13 was inaugurated on Saturday, August 11 in the Tagore Hall, UTC at 4:00 P.M. The talk for the inauguration was given by Rev. Dr. Peniel J. Rufus, Associate Professor in the Department of Theology and Ethics. Mr. Rohan Pushparajan, the Inter-Sem secretary, Brother Sanu Thomas and Fr. Jerry Kurian, the General Advisor were also present. 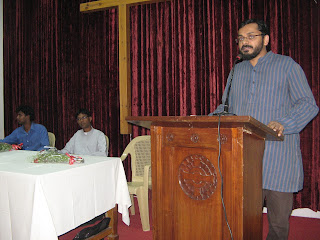 The meeting was attended by students from various Catholic seminaries and several students from the UTC. Brother Sanu welcomed the gathering and Fr. Jerry Kurian gave the introductory talk on the theme for the year. He talked about the need for theological students to be aware of the problems brought about by poverty and corruption and caste and gender discrimination in India. Dr. Peniel elaborated the theme for the year, "Go, grow and glow." He talked about the theme drawing insights from the disciples of Jesus and called upon the gathering to understand the real call of discipleship by Jesus. 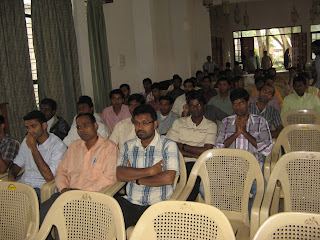 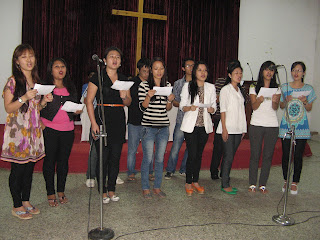 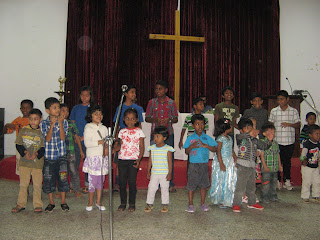 The inaugural function included a song by the UTC students and an action song by the Junior Bible Fellowship of the UTC. Mr. Rohan Pushparajan proposed the vote of thanks. The Inter-Sem arranges several cultural and sports competitions all year round and is a time for Catholic and protestant seminaries to come together.

Posted by United Theological College at 10:46 pm No comments: 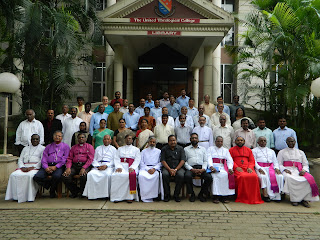 The UTC pre council seminar and Annual General Meeting was held on August 9 and 10, 2012. Members of the UTC council from all over India took part in the two day deliberations and election of the new executive commitee, which is the highest decision making body of the United Theological College. The UTC is governed by a council comprising members belonging to several churches in India.

The proceedings started with worship on the first day and was followed by the pre council seminar with the theme "God of Life: Lead us to Justice and Peace". The meeting was chaired by the president of the UTC Council, The Rt. Rev. Dr. Surya Prakash, bishop of the Karimnagar CSI diocese. This year's seminar had four presentations. Rev. Dr. Dayam Joseph Prabhakar (Theology and Ethics), Rev. Dr. Jones Muthunayagom (Old Testament), Rev. Dr. Evangeline Anderson Rajkumar (Women's Studies) and Rev. Dr. Joseph Muthuraj (New Testament) made presentations on topics which reflected the theme. 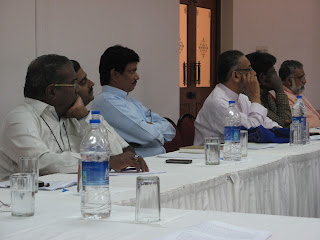 The seminar was followed by the business meeting which looked at various aspects of college life. The curriculum revision report was presented by Dr. Joseph George. The second day had continued discussions on business to be transacted and the new president along with a new executive was elected. The new UTC council president is Most Rev. G. Devakadasham, the moderator of the Church of South India and bishop of the Kanyakumari CSI diocese.The principal and secretary thanked the members who attended. 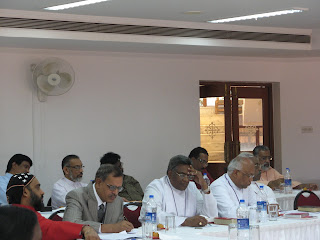 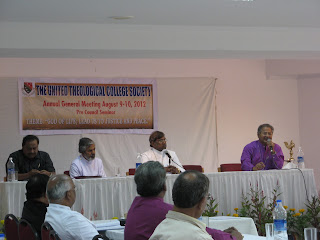 Posted by United Theological College at 7:30 pm No comments: 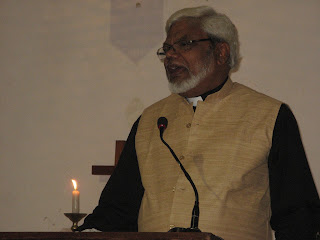 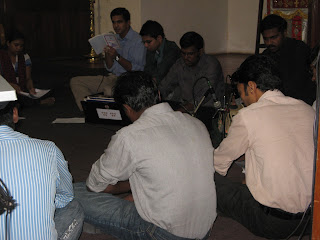 Posted by United Theological College at 6:01 pm No comments: