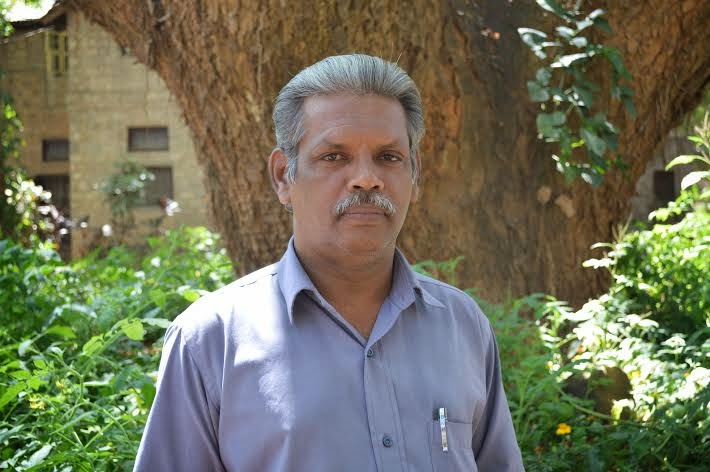 Mr. S. Thirukumar joined UTC in June 1993 as a service staff in the office. He continued up to 1996 and left. He again joined back in 1998 as a service staff. He was transferred to the library as a staff in 2007 and continues there till now. His job is to arrange the books in the shelves and thus makes life easier for all those who search for books in the library. His wife, Mrs. Vashti Veeramani, is working in the UTC Nursery School as an assistant. They live in Krishnarajapuram. His family is from a Catholic Christian background. They believe that working in UTC is a blessing for both. They have a son, Mr. Alexson Samuel, who works as a technician in a private company. They would like to continue their job till their retirement.