Fr. Cedric Prakash on the Christian Response to the Challenges that face India Today 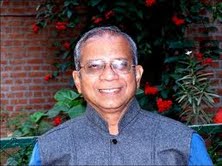 Fr. Cedrick Prakash SJ, a Catholic Priest of the Jesuit order and director of Prashant, the Ahmedabad based Jesuit centre for human rights, spoke in UTC on Sunday at 4:00 P.M. in a programme arranged by the Carey Society on the "Christian Response to the Challenges that face India Today". The highly decorated and honoured priest continues to be involved in his work in safe guarding the human rights of people in India. He emphasized on the Christian response in terms of politics and fundamentalism in general that is prevailing in India.

Fr. Cedric mentioned an incident of Narendra Modi being invited by YMCA and L. K. Advani being invited by a bishop in Kerala and later how the news got fabricated as Christians standing with fundamentalist leaders and so on. He also shared that the media is not willing or ready to publish the facts and details against Narendra Modi and fundamentalist forces in Gujarat.

He also said that dialogue should be on an equal footing and said that we should think twice before engaging in dialogue with fundamentalist forces. He further said that churches and theological institutions should come forward and take active part in fighting against such forces. He emphasized that we should not be concerned of the privileges and benefits that we get from the government and be scared whether we will lose them if we engage ourselves in activism against the government. He said that we should rather follow Jesus' model of taking risks for the sake of the kingdom. He also patiently answered the questions and queries raised from the students.

Dr. Evangeline Anderson Rajkumar moderated the session in her capacity as the faculty vice president of the Carey Society.

Posted by United Theological College at 8:30 am